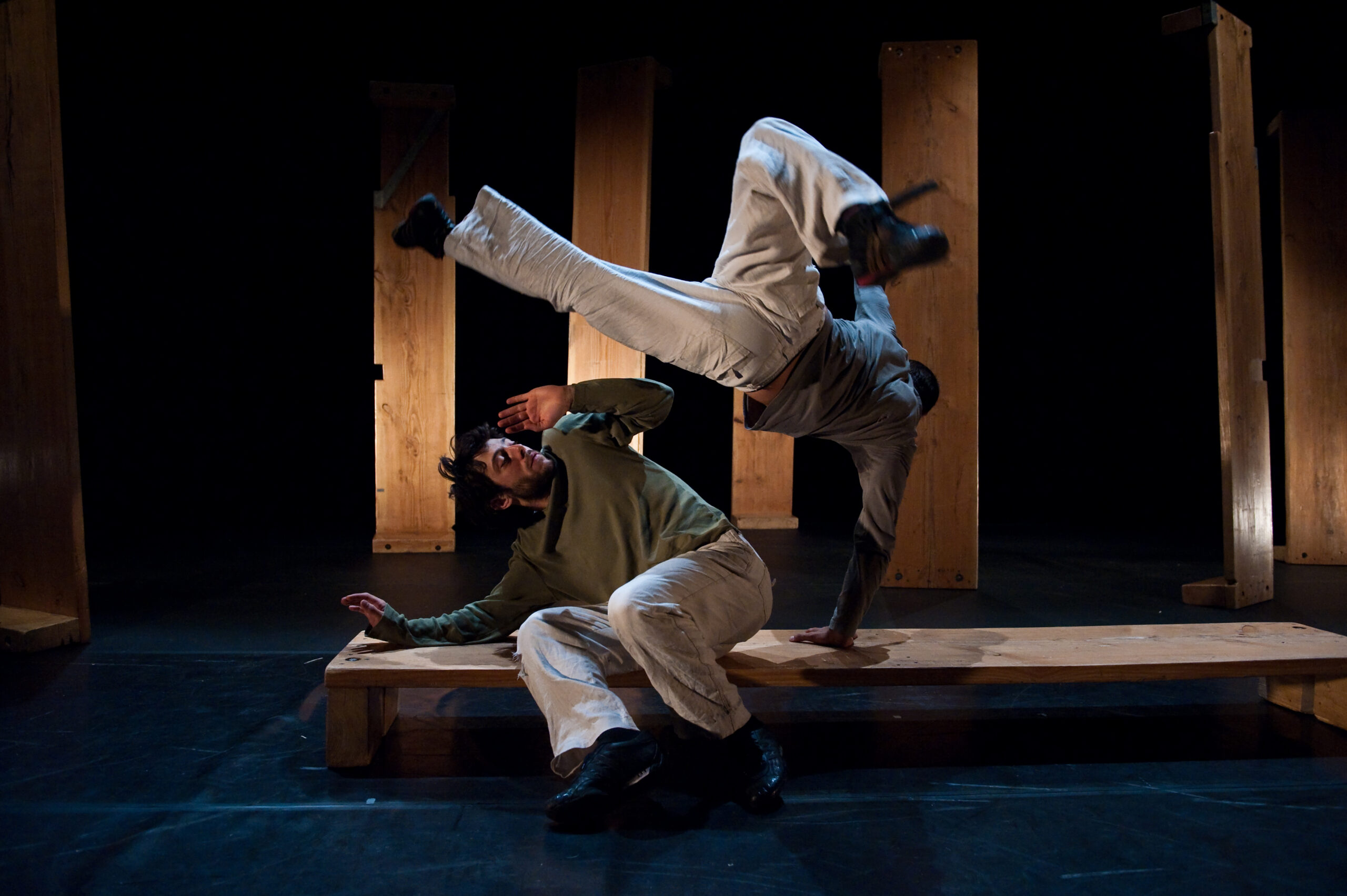 The story of iéto begins with “i” and “o”, Fnico Feldmann and Jonathan Guichard created the number “Stick Together” at the Riu Ferrer farm in the summer of 2006.

This is the beginning of a great adventure which starts with “Young Circus Talents”, “Midi-Pyrénées does its circus in Avignon” and continues with 5 years of touring.

In September 2010, Mosi Abdu Espinoza Navarro took over the role of Jonathan Guichard. In July 2013, we decide to stop the tour after more than 300 performances in 25 different countries in order to calmly prepare the next opus.

In 2014, buoyed by this first experience, Virginie Moy (production director) Christian and Fnico (co-artistic directors), structured the Compagnie iéto with a view to the next creation.

“The Instinct of Imbalance” was released in March 2016 and ran for 2 years.

During this tour Fnico and Itamar, enriched by this first artistic collaboration, decide to start a new adventure supported by Patrice Lecussan, Fabien Megnin and Thierry Baron on the technical side.

“To Be(ech)”, the company’s third opus was released in October 2019 and is currently on tour.

In June 2022 an external, short and participative form of “To Be(ech)” is born. This lighter form now runs alongside the indoor show. 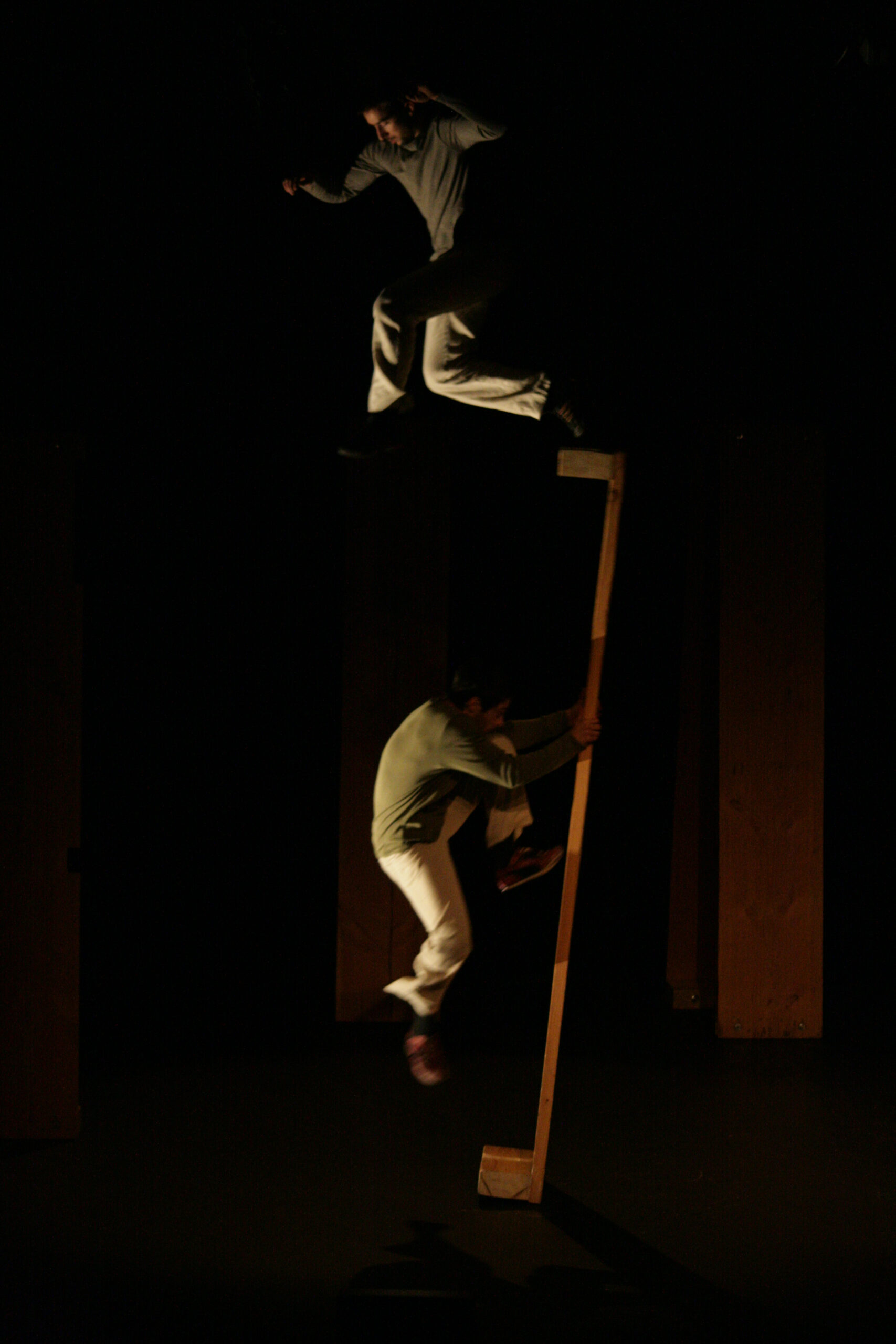 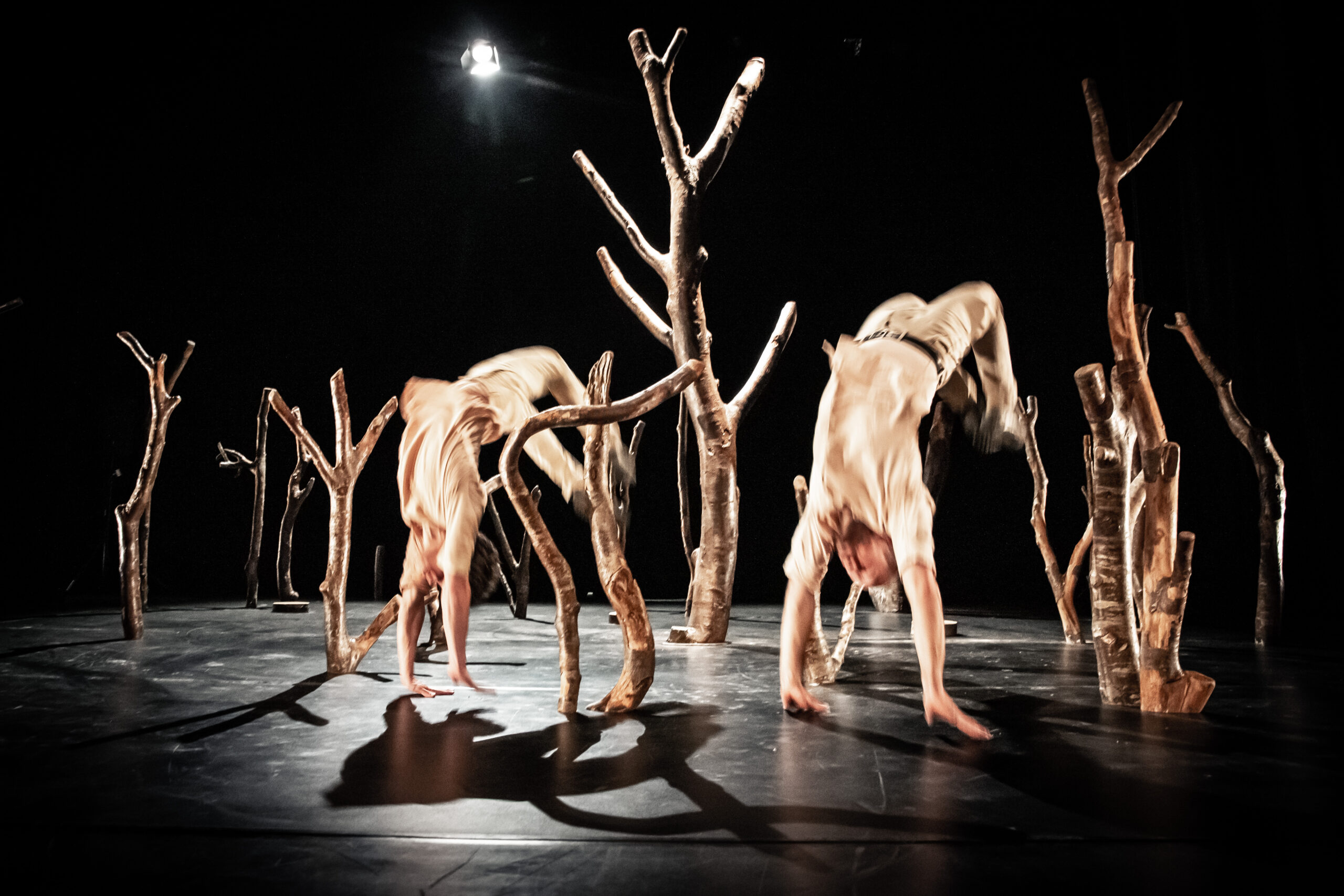 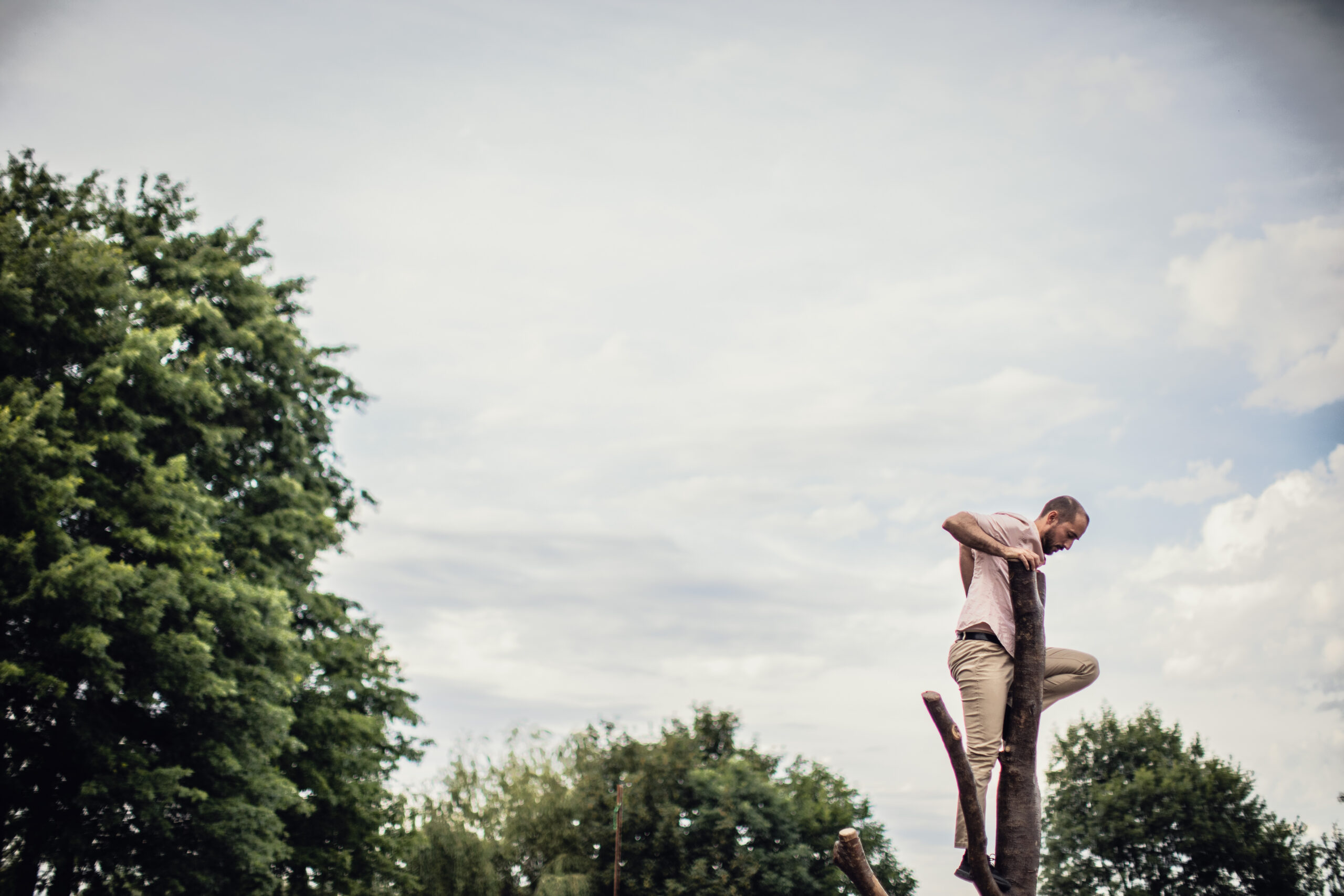